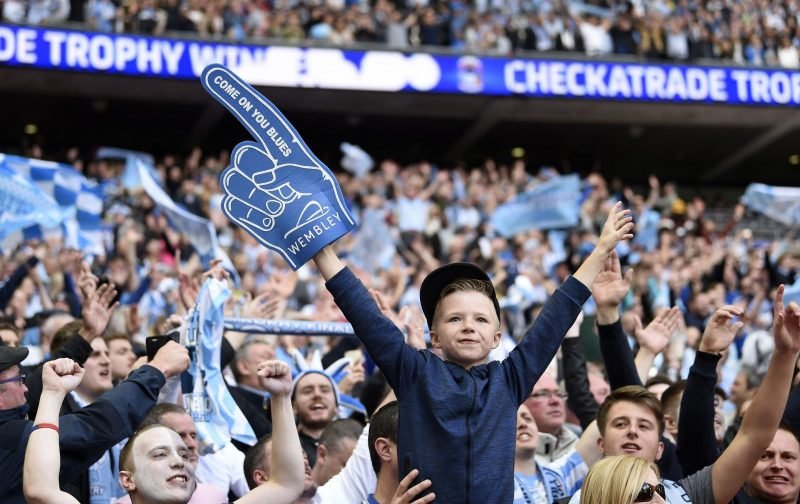 Coventry City will have to make it into the League One Play-Off Final if they are to reach Wembley for the third consecutive season after a double cup exit over the past few days.

An exciting local derby between two well-matched teams at Walsall on Saturday saw the Saddlers win by the odd goal in five to book their place in the Second Round of the FA Cup before a youthful Sky Blues side were beaten at Cheltenham in the Checkatrade Trophy on Tuesday evening.

Neither defeat will probably linger long in Mark Robins’ thinking although the City manager has always taken the FA Cup seriously and will have been disappointed to concede three times at Walsall.

A run in the competition is always welcome but having one last season, when the Sky Blues reached the Fifth Round, was arguably more important given the depths that the club had sunk to and gave supporters something to enjoy.

A year down the line and back at a higher level the focus this time around is genuinely on the league with anything else a bonus.

And Robins felt that the performance of a number of the fledglings at Cheltenham was certainly a bonus to take home from the evening.

City are on the road again this weekend with a trip to Burton Albion in the league.