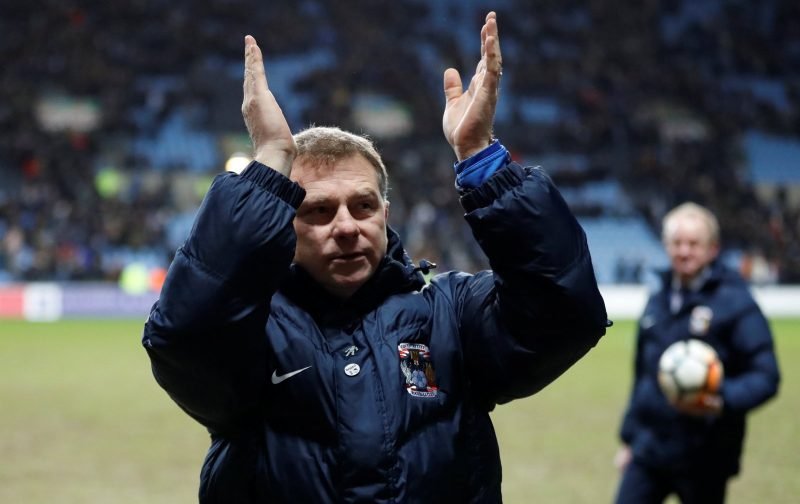 Coventry City’s excellent 2-1 victory at Peterborough United on Saturday afternoon means the Sky Blues are now just one point off the League One play-off places and still firmly in the hunt for a second consecutive promotion.

“We could’ve had a few more, but let’s not be greedy it’s three points,” said boss Mark Robins after the game.

“We move on and we are giving ourselves a chance.”

Last Friday evening’s defeat at the hands of Burton Albion looked to have ended hopes of a second successive promotion but it is to the immense credit of Mark Robins and his players that they remain in the hunt for an unlikely return to the Championship.

Unlikely as the Sky Blues finished seventh in League Two last season and continue to face a backdrop of uncertainty off the field which has recently moved from being an abstract issue for the management and players to something more real with the threat that the club’s place in the EFL is under threat.

On that score there is nothing new to alleviate supporter concerns with the impasse over legal action and the impact on talks over a new Ricoh deal seemingly ongoing (in public at least) after statements this week from the football club owners (not the football club as we are being reminded constantly at present) and the city council.

Although the long-standing distrust and dislike of SISU clearly remains it does appear as though the council are being dragged more and more into the row and the potential consequences of the club once again being forced to leave the city.

Robins must continue planning as usual for next season, his stewardship of the playing side marking a rare period of stability (for any club to be fair even those without off-field distractions) and something that has given pride back to the name of CCFC even as the politics continues.