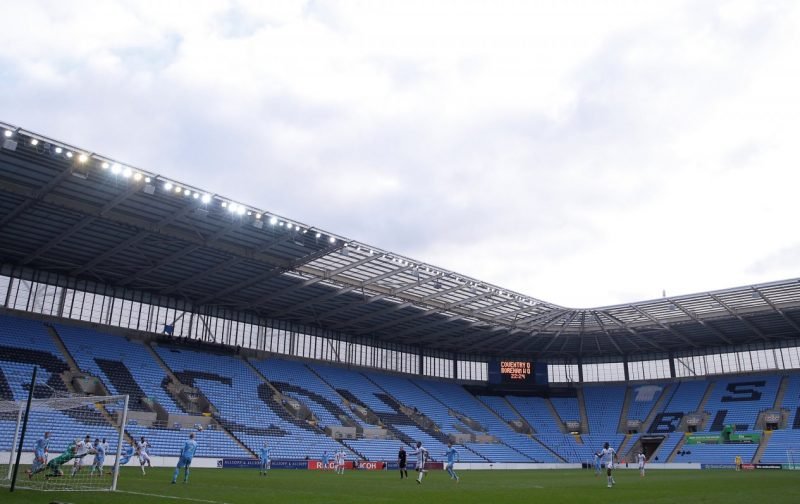 Coventry City earned another hard-fought three points on the road on Saturday afternoon with a 1-0 victory at Accrington Stanley moving them to within five points of the play-off positions in League One.

But it is Tuesday that most Sky Blues supporters will be thinking even as that is the day that the EFL have stipulated as the deadline for City’s plans as to where they will be playing their football next season.

The spectre of a further groundshare has reared its head this week from interviews with club chairman Tim Fisher and, unless there’s going to be a last-minute bit of brinkmanship, there seems little prospect at this point of Tuesday bringing news of a deal with Wasps to remain at the Ricoh Arena.

What happens after that is unchartered territory in many ways as the notion of Football League clubs voting to expel one of their members has probably not reared its head since the days of re-election for clubs finishing in the bottom four of the old Division Four.

And although Tuesday is one deadline that will then see the matter discussed by the clubs towards the end of April and presumably any change in the situation between now and then will be taken into account.